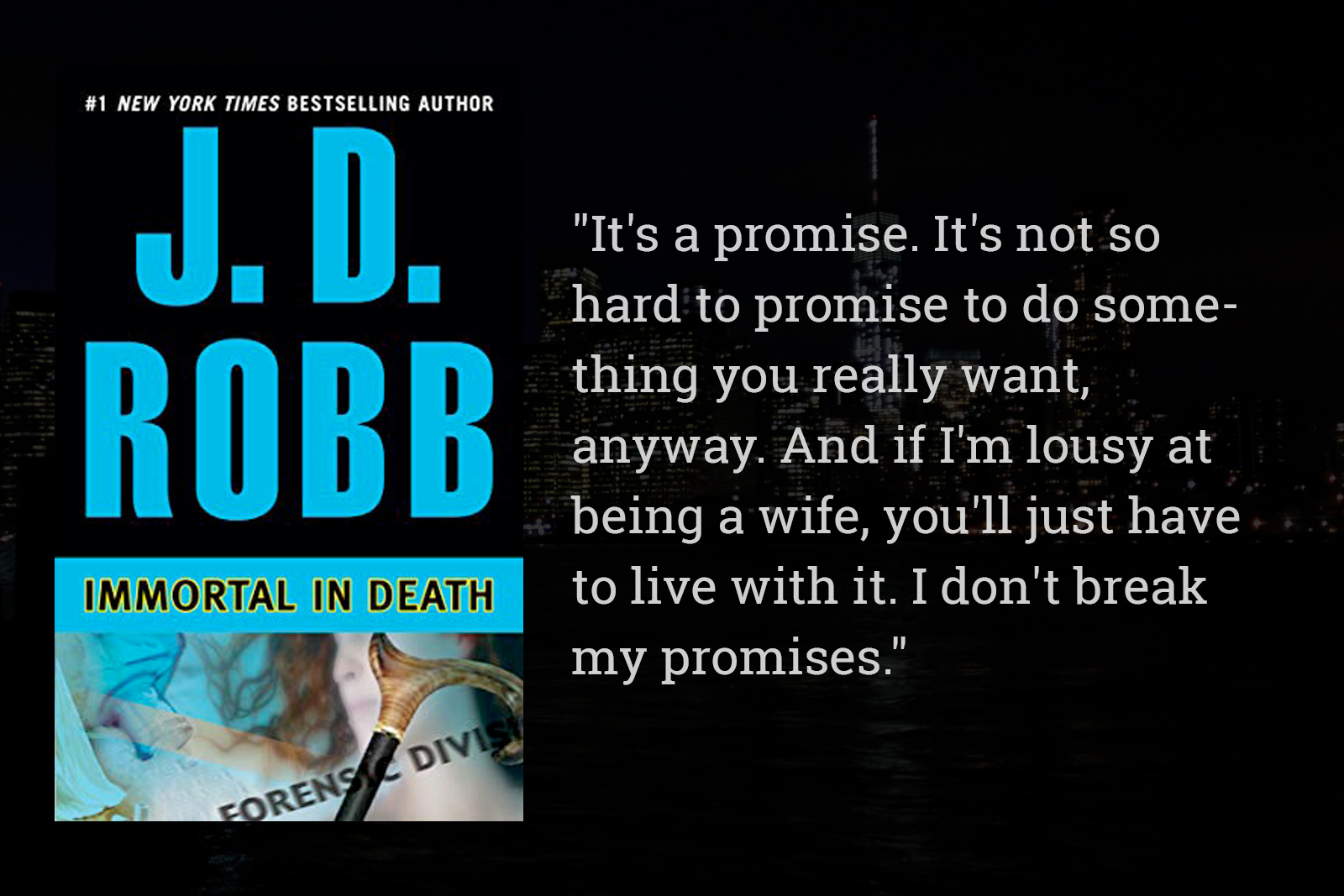 Podcast in Death
Book #3: Immortal in Death by J.D. Robb

Eve and Roarke are getting married, and Mavis has convinced Eve to have a custom dress made by Mavis’ new boyfriend, Leonardo. While at the fitting, Leonardo’s ex, Pandora, bursts in and starts a brawl with Mavis and threatens to ruin Leonardo. The next day, Pandora is found murdered and Mavis is charged with the crime Eve must find the real killer to save Mavis.

Eve is not only having Leonardo design her wedding dress, she’s having him design her trousseau also, and Jen wonders if we have stepped into Regency England, because nobody has a trousseau anymore!

AJ loves the fact that Nora has described Leonardo as Native American, although later, while answering a question from a fan, Nora does say that she saw Leonardo as more African American. But the one of the best parts of this series, as Jen points out, is that Nora has so many characters of so many different races.

After a big fight scene with “Pandora,” Eve is telling Roarke about her day, and finds out that Roarke has slept with Pandora at one time, because…of course he did.

Eve asks for Peabody to be her assistant with the case, which we are happy with because we love Peabody.

AJ and Jen both see Jake Casto as Matthew McConaughey, and we’re sorry that Jake Casto had to be a dick from the beginning.

Jen loves Leonardo as a character, but sees him as kind of a “wuss.” AJ thinks he’s more like a cinnamon roll…

Summerset has a complete dick moment when Eve comes home and has to arrest Mavis, and Summerset berates her.

I dont believe anything touches you, Lieutenant. You’re without loyalty and that makes you nothing. Less than nothing.”

Eve’s upset at Summerset, so Roarke tells her a bit of Summerset’s backstory and about what happened to his daughter Marlena. It doesn’t really excuse his behavior toward Eve, but we understand him more.

What Summerset doesn’t understand is that Eve has been blaming herself about Mavis, and has a bit of an emotional breakdown in front of Roarke. “Pushy Roarke” comes out and puts a tranquilizer in Eve’s soup to help her sleep. Is that okay?

Next day is a long investigation day for Eve. She comes home tired and finds not only Mavis but Leonardo and Trina and “Biff” (where did Biff go? Why have we not seen him again?) waiting for her. Mavis wants Eve to have a makeover, which Eve agrees to. She also tries on some of her new clothes from Leonardo.

Eve finally decides to get some sleep, but then has a bad nightmare. Summerset comes to her in a dead run because he hears her screaming. Eve refuses Summerset’s help. As he leaves her room, he sees Roarke in the hallway and tells him something is wrong with Eve, but also, “Why didn’t you tell me what had been done to her?” (Well, because it was none of your damned business.)

Eve tells Roarke that she had a flashback and has remembered that she killed her father, and now she can’t marry Roarke because that murder needs to be investigated. Roarke calls Mira to come talk to Eve and Mira kind of in a nice, friendly way tells Eve she’s being stupid.

Next day, Peabody confesses to Eve that she’s been sleeping with Casto, which Eve encourages, but we know that’s not going to end well.

We talk a bit about Eve and Peabody’s relationship, and whether or not Eve is mean to Peabody.

We also discuss AJ’s theory about Roarke and why we love him: Roarke is a Pizza!!

At Eve’s bachelorette party, Casto is there and snags Eve, confesses that he is the killer and is planning to also kill Eve. He drugs Eve, but not enough, and Eve ends up kicking the crap out of Casto.

All the gals at the bachelor party (Mavis, Peabody, Nadine and Mira…AND Crack) take Eve home, and while drugged, Eve said she’s figured it out now, and Marriage to Roarke is a promise, and she’s fine with that.

“It’s a promise. It’s not so hard to promise to do something you really want, anyway. And if I’m lousy at being a wife, you’ll just have to live with it. I don’t break my promises.” 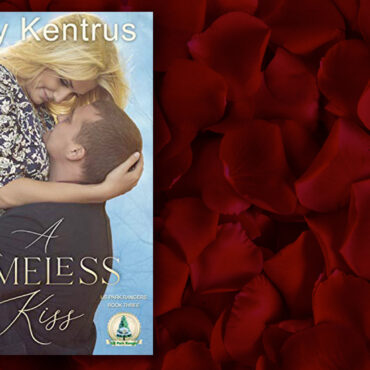 Judy was one of our good friends from the “In Death Dot Net” days. She has been reading the series since day one when she found “Naked in Death” (with […]