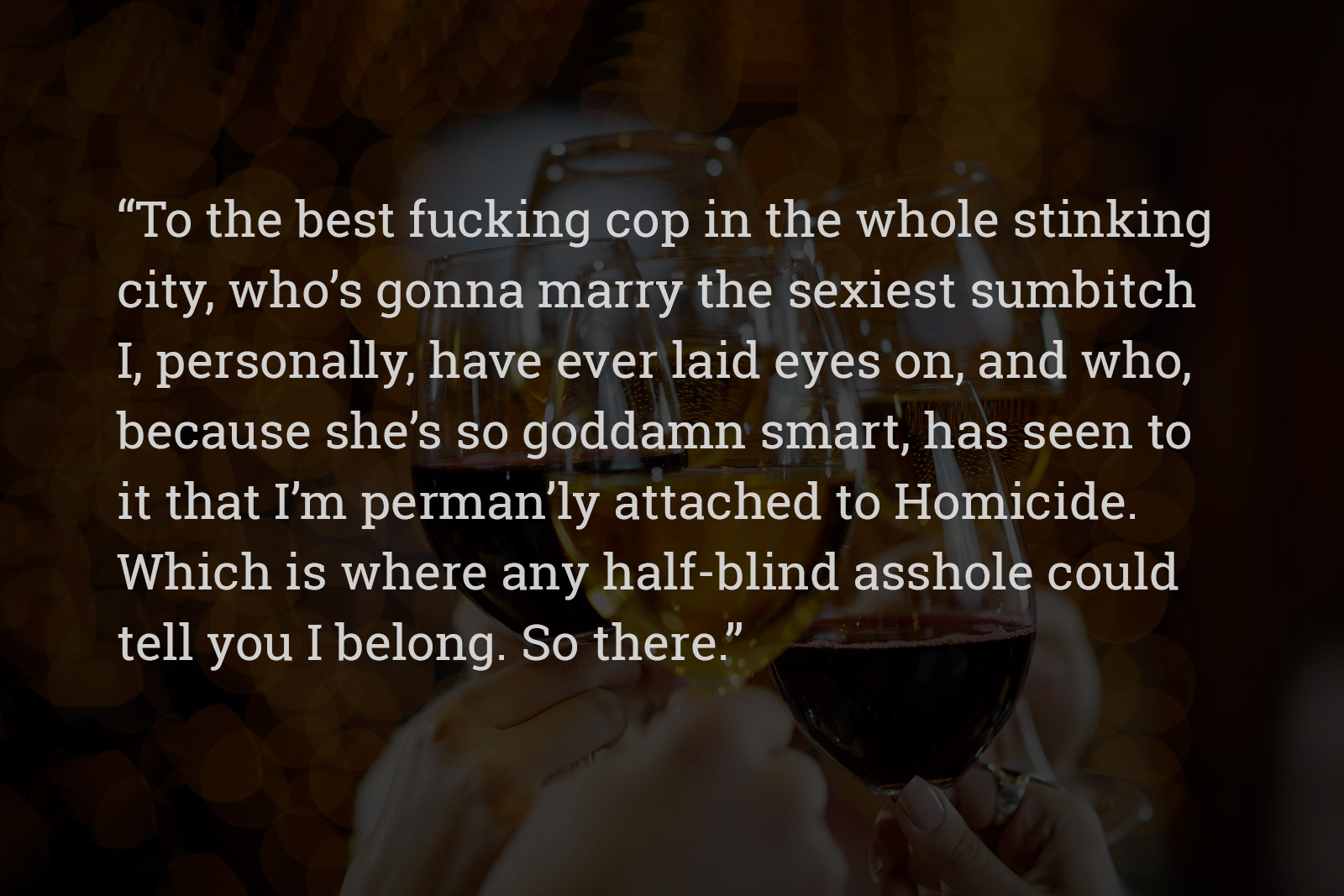 This week our special guest is Tara Corkery of the Basic Snitches Podcast! Tara is another one of our friends from the “In Death Dot Net Days” and just an all around smart, funny and insightful person! In this episode, we discuss Eve and Peabody’s Relationship.

Tara loves the fact that this series, even though it’s mostly about Eve and Roarke, for the police procedural part of the series, it focuses on two badass female cops. What Peabody brings to that is that it shows that badass female cops can also be girly and have feelings. Because, as Tara says: “having emotions is cool.”

We all love Peabody’s little crush on Roarke (because we all have a crush on Roarke, because he’s a pizza). We talk about the scene in “Rapture in Death” where Peabody calls Eve at home and sees Roarke in a towel, and Peabody goes a little brain dead. We were all Peabody in that moment.

Tara brings up the fact that a lot of people will see a “Turning Point” in the series as the moment in “Visions” where Eve tells Peabody about her past. But, we all feel that maybe there is no “turning point” in the Eve and Peabody friendship. As Tara says, it’s “gradual moments where you see how they handle each other.”

We talk about whether or not Eve mishandled the situation with Peabody and Charles at the Christmas Party in “Holiday in Death.” Eve was definitely a bit harsh there, but was it understandable. Eve is also an Alpha, and as an Alpha, you take care of your pack, and Eve was attempting to take care of Peabody as part of her pack.

With McNab, Eve was just a bit weirded out by the whole situation. Tara feels like McNab is one of the most underrated characters in the series. That thought might eventually become a “podvella.” And we all have decided we don’t want to know about our sibling’s sex lives.

Tara feels like Eve and Peabody don’t argue as much as Tara feels like they should, but they do argue, but they resolve it quickly which is good. But Peabody’s character is there to show Eve how to be more emotional, or feel her feelings more. AJ feels like in any argument, apologizing for your part in it right away, because it’s never one sided, usually both sides have a part in an argument, and that’s typical of Eve and Peabody.

We all love the scene where Eve gives Peabody her “magic” pink coat, and how Eve tells her “you’re family and that’s it.” Peabody is then blubbering, and Eve is being sarcastic, and it’s very “Eve & Peabody” because that happens several times in the series and we love it every time.

We talk about how much we love Eve and Peabody’s banter back and forth and we take a moment to give props to Nora Roberts who really is the Queen of dialog. Nobody writes like Nora does. She’s amazing. We know we don’t say it enough, but: Thank you, Nora! 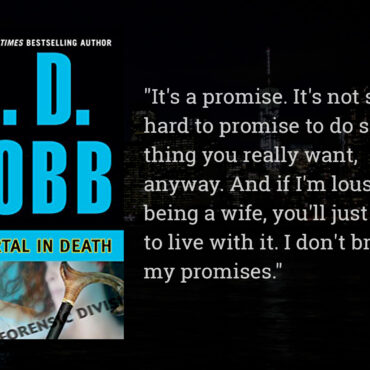 Podcast in Death
Book #3: Immortal in Death by J.D. Robb

We’re talking about “Immortal in Death”! Eve and Roarke are getting married, Mavis is the main suspect of a murder investigation, Leonardo is a Cinnamon Roll, Summerset is still a […]