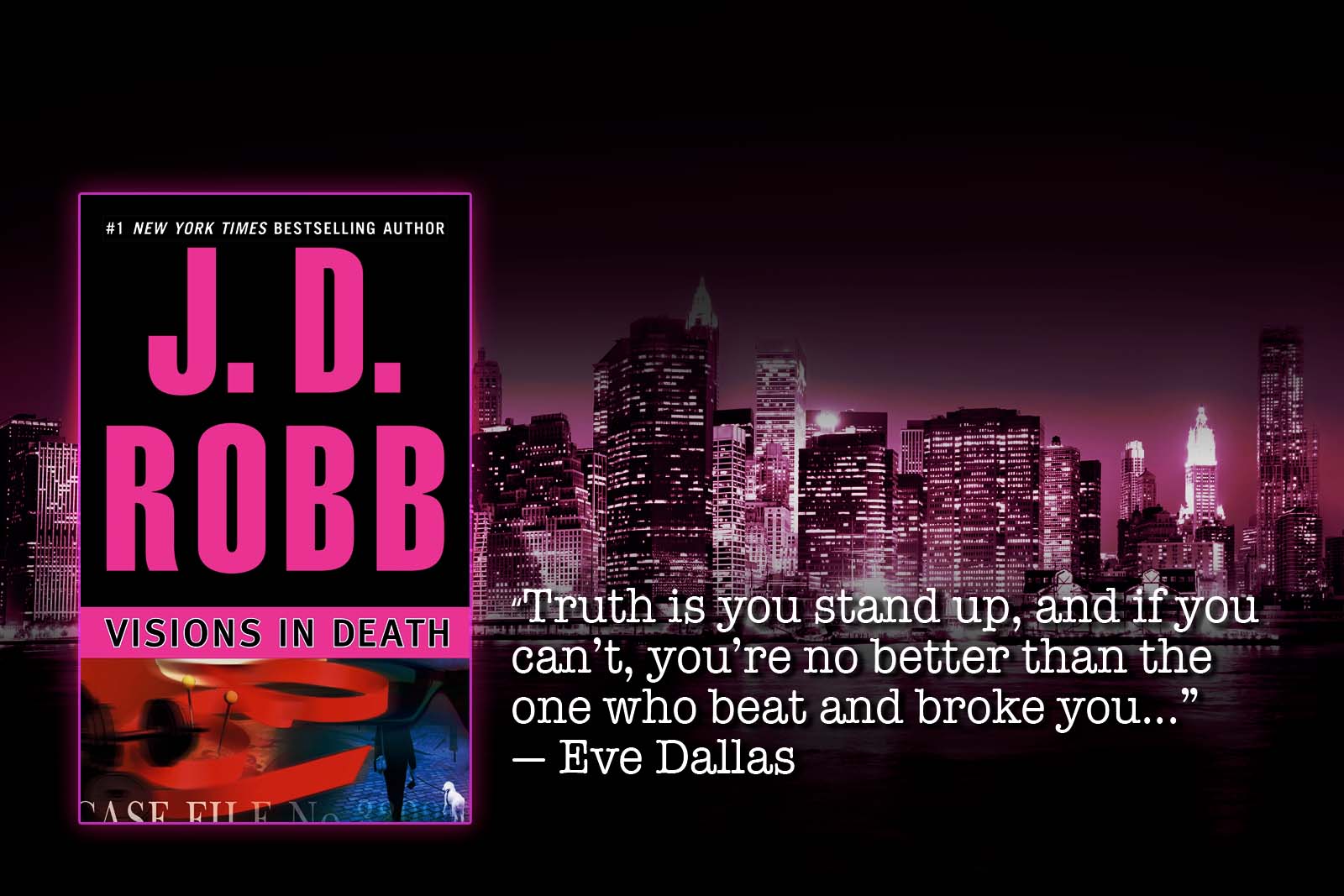 In this episode, we review “Visions in Death,” and there is a LOT to talk about in this book, so this is a 2 hour episode.

This is a book about overcoming and strength of character and restraint and also relationships.

We don’t understand why Eve doesn’t keep a change of clothes in Roarke’s car or airplane? That way, when you get called to a crime scene in Central Park, you don’t have to climb around on rocks in heels.

The murderer in this book is taking his victims eyes and we’re all pretty creeped out by that. Jen thinks that “eye stuff” and “mouth stuff” is gross.

This book is also a good Roarke book. He did all the right things and made it through the whole book without pissing us off.

We love that Mavis asks Eve and Roarke to be her backup coaches for her delivery, and they panic a bit about that.

Jen loves when Eve takes on the muscle guys in Jim’s Gym, but she cautions against bench pressing your own weight.

Peabody drops the bombshell on McNab that she never slept with Charles.

We find out that Tara would not eat the last cookie if she was out to lunch with friends, but if, instead it was pie or tiramisu, she would be all over the last piece.

Eve finally tells Peabody about her past, and we love how Peabody is so open and supportive.

Then the murderer comes after Peabody and puts Peabody in the hospital, which is horrifying for everyone. BUT…Peabody under the influence of pain meds is one of the funniest scenes in the entire series.

The book ends with them catching the killer, but then there’s a surprise ending! 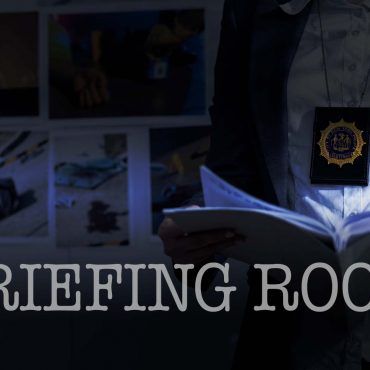 A Not So Brief Briefing Room

Podcast in Death
A Not So Brief Briefing Room

We’re technically on vacation, but there was a day in these past few weeks that we still needed to get together and talk anyway. This episode was supposed to just […]