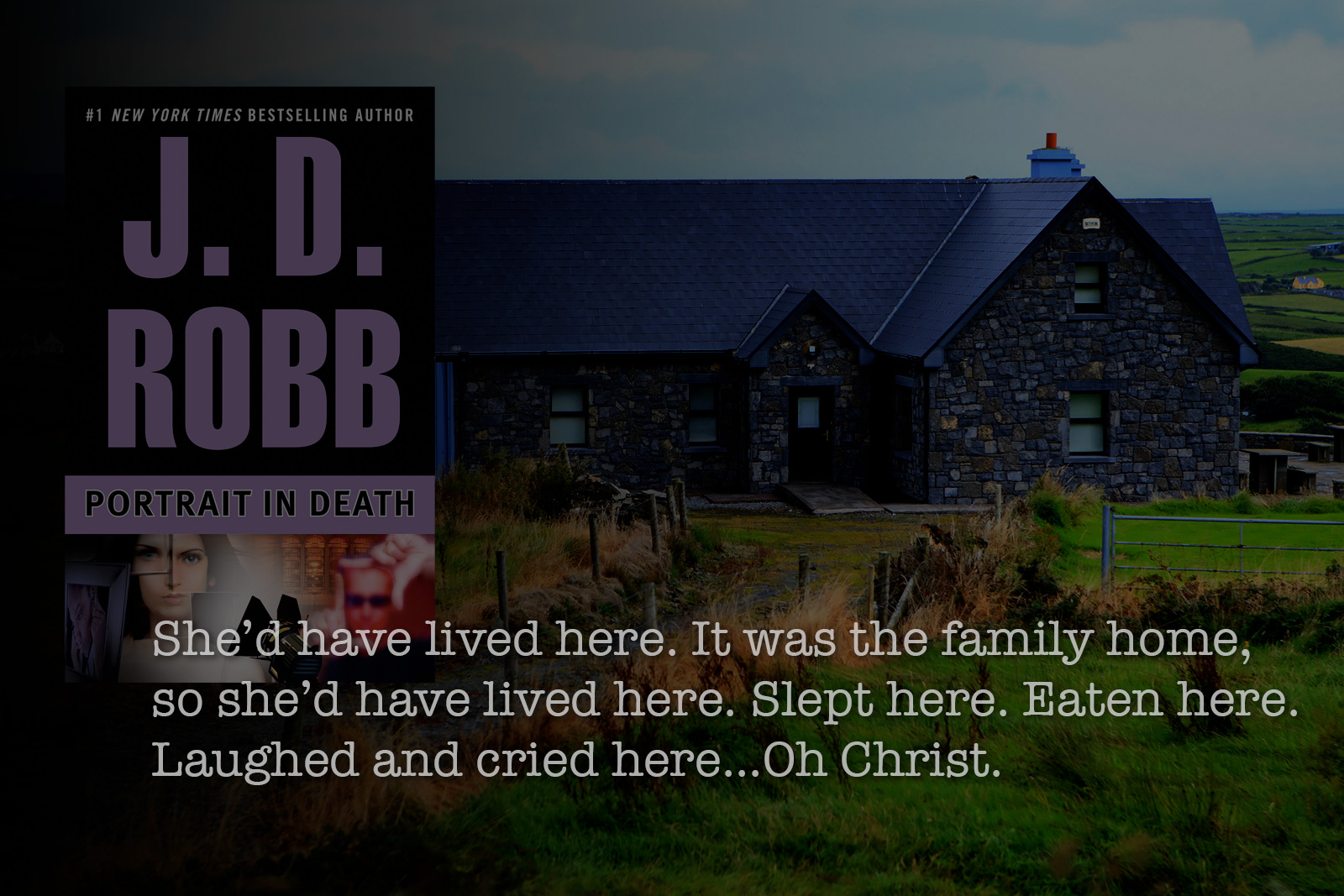 In our longest episode yet, we review “Portrait in Death”!! This book starts out very good for Eve with Summerset getting ready to leave for a two week vacation. Then it goes to shit really quickly for Eve when Summerset falls down the stairs and breaks his leg, then when Eve is dealing with that, Nadine calls her and tells her that there has been a murder.

Eve goes to investigate the murder, which is a creepy one where the killer is killing college students then posing them and taking photos of them after death.

But we quickly find out that really, this book is not about the murder. This is one of those “In Death” books where the personal stuff happening with the characters…in this case Roarke… is really what the book is about and the murders are just a side story.

In this book, if things get bad for Eve, they get even worse for Roarke. Because he meets Moira O’Bannion who tells him that the woman who Roarke thought was his mother (Meg Roarke) was actually not his mother. His real mother was a woman named “Siobhan Brody.” He doesn’t believe it until he locks himself into his secret office and looked up information on his unregistered computer and finds that yes, in fact, Moira O’Bannion is correct. He handles this information VERY badly, is a dick to both Eve and Summerset, and we really dislike him for a bit.

Later, he makes up with both Eve and Summerset, but pisses Eve off again by flying off to Ireland by himself to look into this information himself. He meets up with Brian Kelly, and they lean on one of Patrick Roarke’s old friends until they get the truth of what happened to Siobhan Brody. Then Roarke and Brian get drunk together and that leads to this really amazing scene where Roarke drunk calls Eve.

Back in New York, Eve and Feeney are having a beer, and Feeney tells Eve that regardless of what’s going on with her current case, she should be in Ireland with Roarke. So, Eve drops everything and flies off to Ireland to support Roarke. Again, another really lovely scene with Roarke seeing a jet-copter flying through the mist to his Aunt’s house and Eve stepping out.

When Eve and Roarke fly back to New York, they are almost immediately thrown back into Eve’s case when another dead body is found. This time, it’s really emotional because the victim is Crack’s sister.

Just as they start to close in on the killer, the killer kidnaps poor Trueheart and there’s a race to save him.

This whole book is a LOT, but it’s SO GOOD!! We hope you agree!! 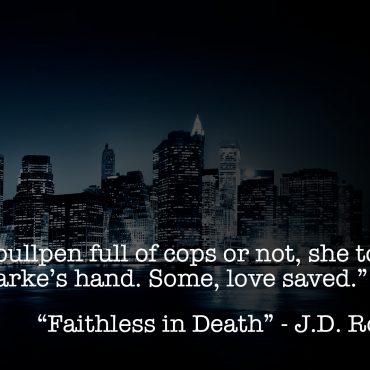 This week, we talk with “In Death” Series fan Katheryn, who AJ came across on Apple Podcasts. Katheryn has a podcast where she reviews books, (https://podcasts.apple.com/at/podcast/dear-author-signed-me/id1526009974?l=en) and she gave a […]