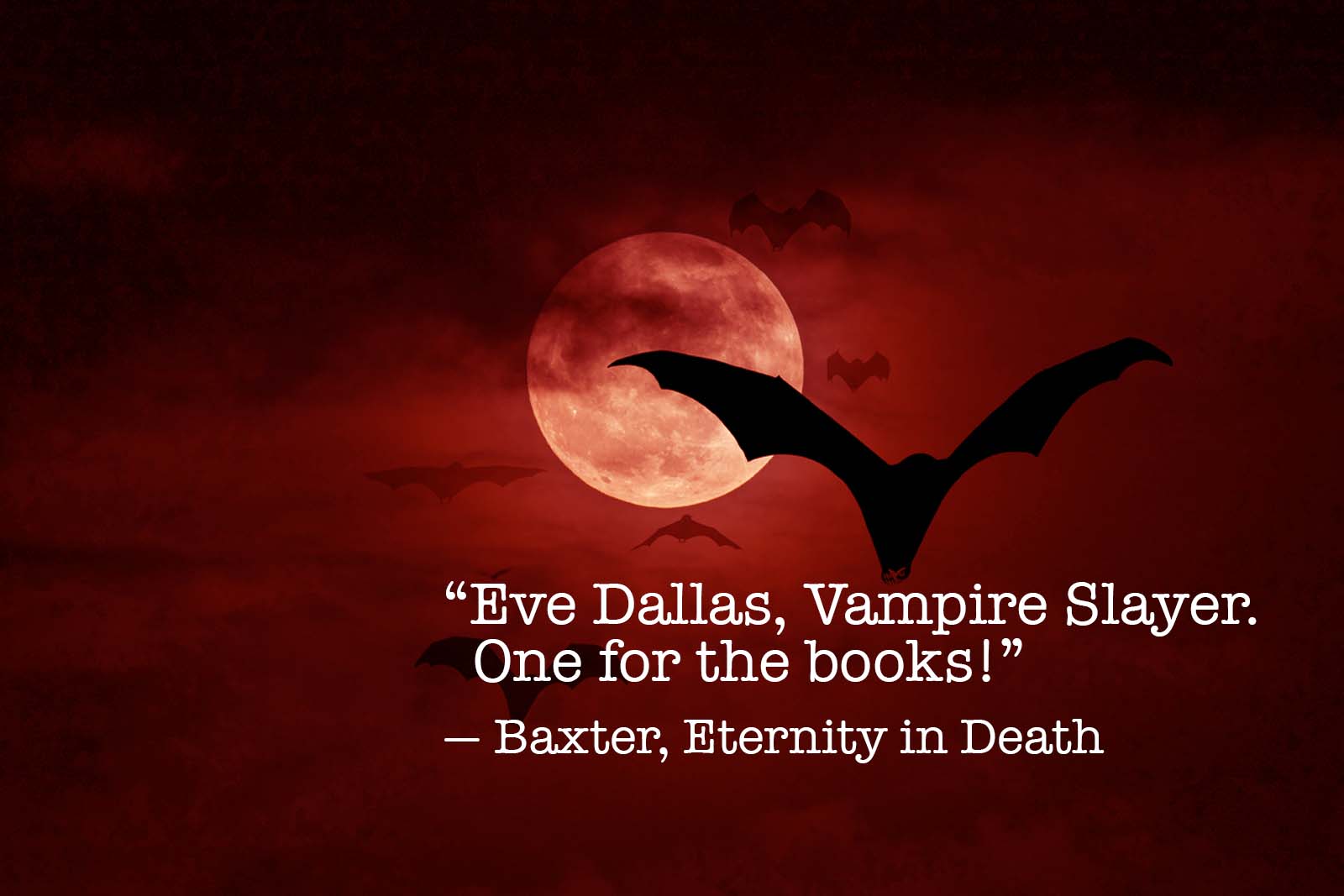 Podcast in Death
"As Long as They Don't Have Tattoos, It's Fine." – Halloween Show 2021

In this episode, in honor of Halloween, we’re talking about some of the Scary/Spooky moments in the “In Death” series.

Thank you to Yvonne, Book Dragon, Tara, Rosalia, Dana and all the rest of you who gave us your input.

For spooky moments, we mostly look at the Novellas:

We also give our thoughts on what some of the characters in the books would dress up as for a Halloween party. Eve and Roarke as either Bonnie and Clyde or a Cop and a Convict, Mr and Mrs Mira would dress as something really classic like Robin Hood and Maid Marion and Peabody and McNab as Anna and Kristoff from Frozen?

Let us know your thoughts on what you think each of the characters would dress as!!

We find out that while Jen totally believes in the paranormal, Eve having a tattoo on her ankle while possessed would NEVER happen!! AJ believes in none of the paranormal stuff, but still finds reading about it creepy. Tara finds it all creepy, but also, it’s all fine. 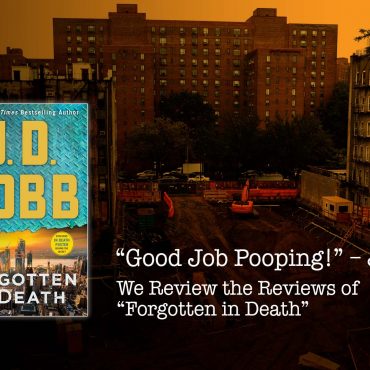 “Good Job Pooping!”: We Review the Reviews of “Forgotten in Death”

Podcast in Death
"Good Job Pooping!": We Review the Reviews of "Forgotten in Death"

Hey, Everyone!   It’s time once again for everyone’s favorite podcast episode: We Review the Reviews! This week, we review the reviews of “Forgotten in Death” and there are some […]