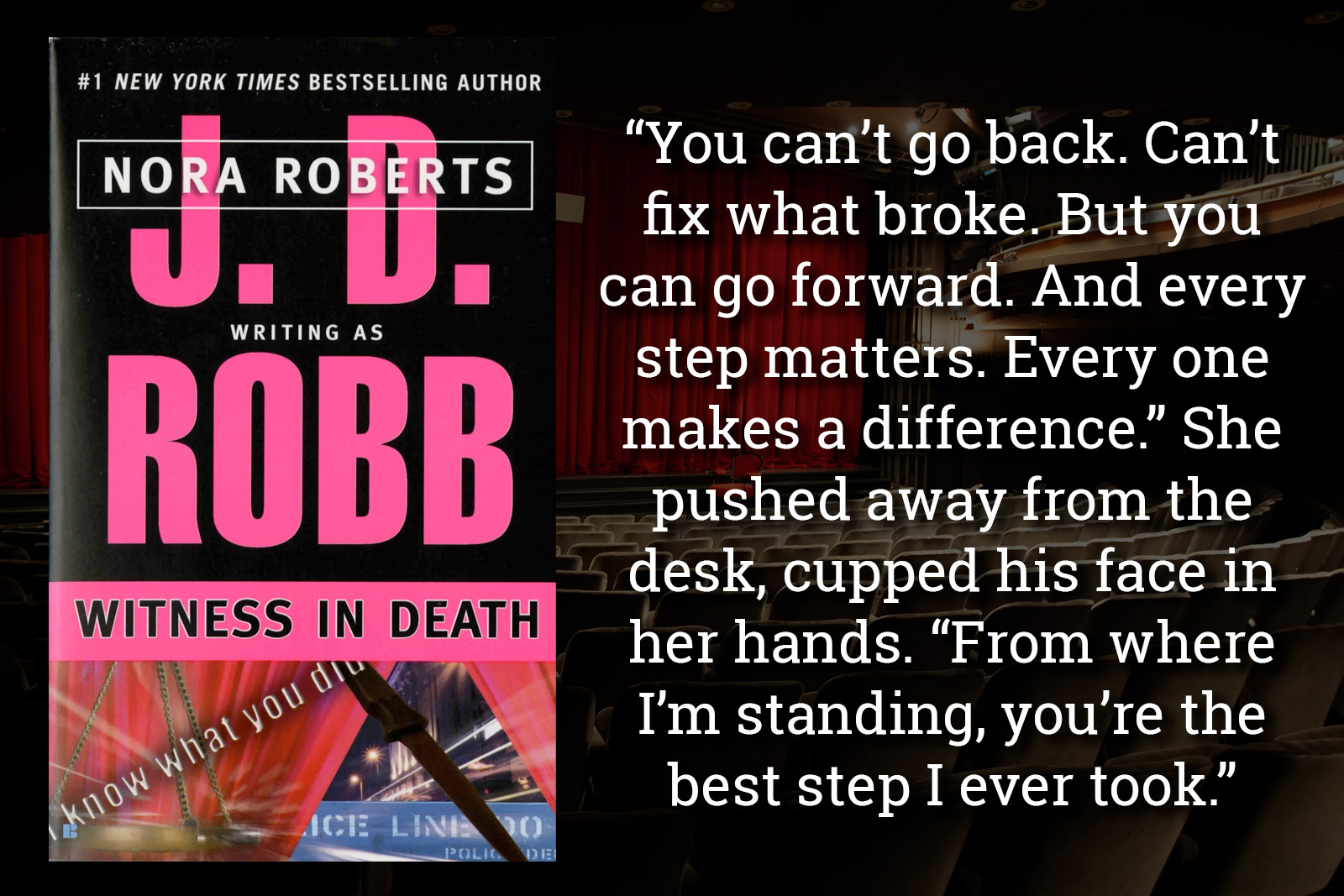 Podcast in Death
Book #10: Witness in Death by J.D. Robb

This week, we review Witness in Death, and this is another LONG episode! Lots of emotional stuff happening with Eve mostly, but also with Peabody, and a lot of twists and turns in the case, so…

This was the first “In Death” book that A.J. had read, and we’ve said several times that she came away from this book with the impression that Roarke was a dick. So, we point out all of the reasons for that including him saying to Eve about Areena Mansfield: “No, I’ve never slept with her,” and then later, “Jealous, Darling Eve?” He also reacted to Eve setting up the dinner for him by saying, “What do you want?” and pissing her off. PLUS he makes a joke about watching Nadine’s sex tape, and that’s a DEFINITE dick move.

BUT…we should also say that when you read these books from the beginning, by the time you come to this one, you understand Roarke enough to know why he’s not necessarily a dick in these situations, that’s just how he is. AND, the times that Roarke is a real sweetheart to Eve and just an all around good guy to everyone else far outweigh the times he’s a dick.

Because of the nature of the case in this book, it’s bringing up a lot of stuff for Eve having to do with her past, so she has a few really bad moments. Including one that made her physically ill afterward, but then Eve and Roarke have sex…after she had puked…and that just seems gross. But, it’s another example of Roarke taking care of Eve.

It’s interesting though, because this case is also making Eve think about all the things that Roarke does for her, when she doesn’t always (or ever) reciprocate. So, Eve decides to set up a romantic dinner for Roarke (which he almost ruins because: dick), and that romantic dinner scene is so well written and probably one of the best scenes in the series.

There’s also some rocky relationship stuff with Peabody in this book, where Peabody is continuing this stupid love triangle with Charles and McNab, which could easily be solved with some good communication between them. But also, Eve and Peabody’s failure to communicate properly leads to a little blow-up between them having to do with this love triangle Peabody finds herself in.

But, the good part is that Roarke steps in to give McNab some advice about how to win Peabody over, and it may just work.

Then, during the apprehension of the main suspect, Trueheart goes down in the line of duty, and Eve is blaming herself. Later, she brings Trueheart a present of a video game that he can play during his recovery, and finds out that she has “Authorization One,” which means that she doesn’t get charged for any Roarke Industries products. This pisses Eve off, but we think that Eve needs to start trying to be fucking grateful for the things Roarke does for her, including occasionally deciding what she should eat, because if he didn’t, she would eat like a 5-Year-Old. 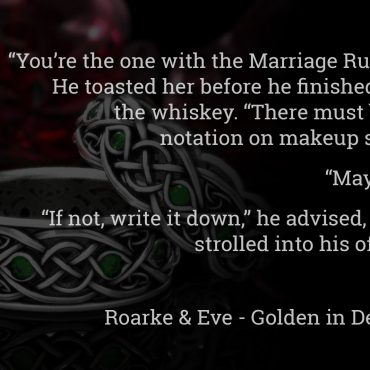 The Marriage Rules PLUS: Get to Know Us! 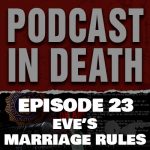 Podcast in Death
The Marriage Rules PLUS: Get to Know Us!

This week we talk about Eve’s many “Marriage Rules!” It’s a great bit of comedy relief in the series that we all love, but also, they are pretty solid relationship […]