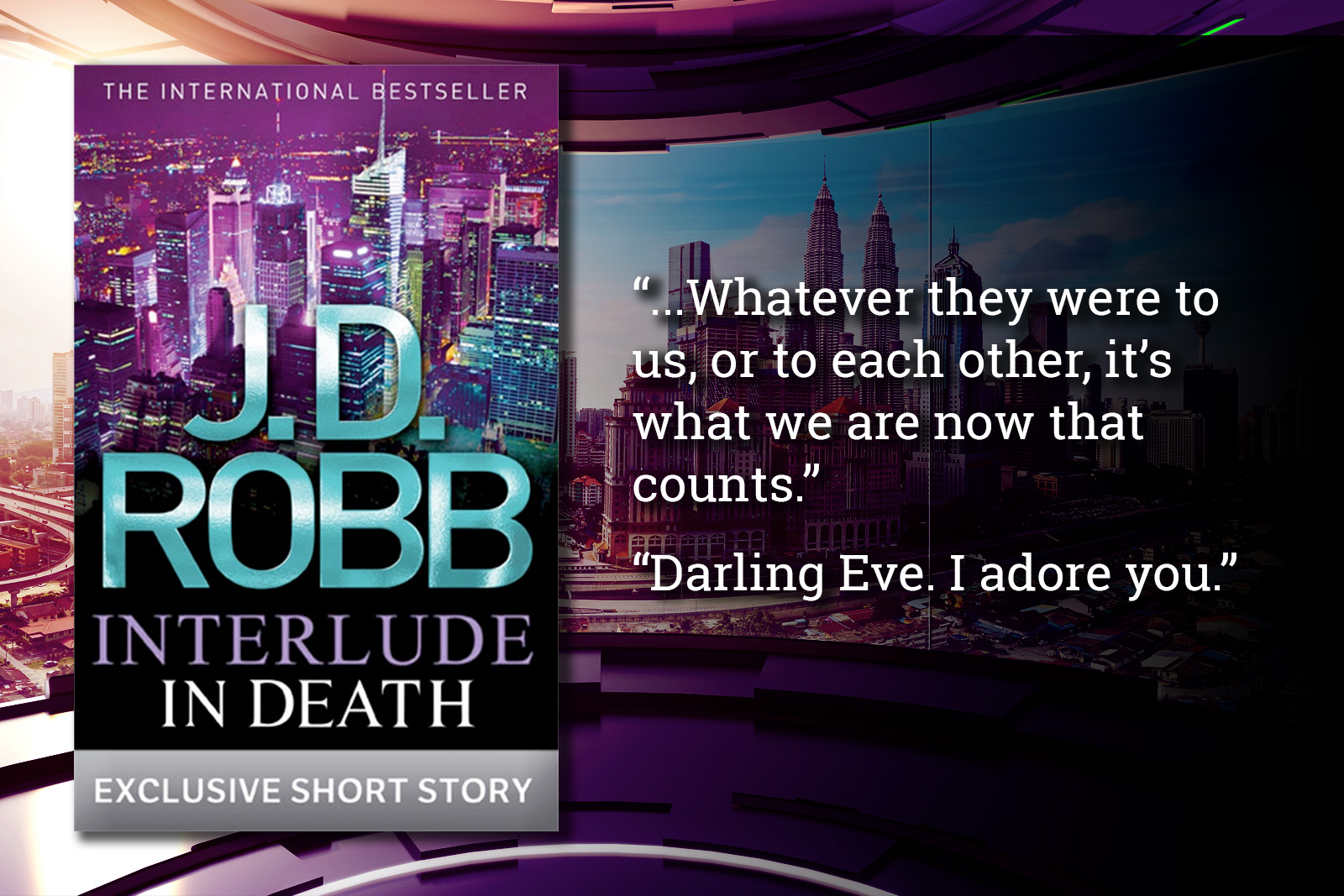 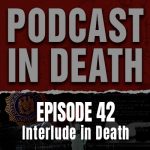 Podcast in Death
Book #12.5 Interlude in Death by J.D. Robb

This episode we are talking about “Interlude,” which was first released as part of the “Out of this World” anthology of short stories by J.D. Robb, Laurell K. Hamilton, Susan Krinard and Maggie Shayne.

In this one, Eve and the gang are attending a Police Conference on Olympus. While there, she meets with one of Peabody’s idols, Commander Douglas Skinner. Eve quickly realizes that Skinner is a dick, because he tells her that the reason she hasn’t made Captain yet is because of some “…ill advised personal decisions” she’s made. He tells her that he can help her get Captains bars if she helps him take down Roarke. (Really, Dude?)

Eve basically tells him to go pound sand, then has a confrontation with one of Skinner’s Security Guards. But then the Security Guard is found dead, and not only is Roarke a suspect, but Eve can’t even really investigate the murder. She has to turn the murder over to the Chief of Police on Olympus, Darcia Angelo, who both Jen and Tara think sounds really hot.

Commander Skinner is pointing the finger at Roarke for the murder. Eve can’t figure out why Skinner has such a hard on for Roarke until she looks into Skinner’s records and finds that 25 or so years earlier, several of Skinner’s men died during an operation to bring down a criminal ring that included Patrick Roarke.

Even though this book is very short, a LOT happens in a short time. We find out some details about Roarke’s father, and there’s a chance that Patrick Roarke was in Dallas at the same time that Eve was found at the age of 8.

Is that too much of a coincidence? Maybe, but we don’t really care, because this was still a fantastic book. So many really great moments in such a tiny book. There’s cute Eve and Roarke moments, great moments with Peabody, Feeney and Morris, We meet a new character, Eve in a fancy dress at a ladies tea, multiple explosions, “we almost died” sex… what more could you want? 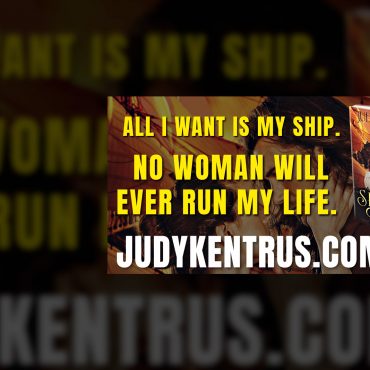 Podcast in Death
Historical Eve and Roarke with Judy Kentrus

We talk to author Judy Kentrus about how Eve and Roarke might solve a murder in historical time. We talk about Eve and Roarke as Wild West characters and Pirates. […]