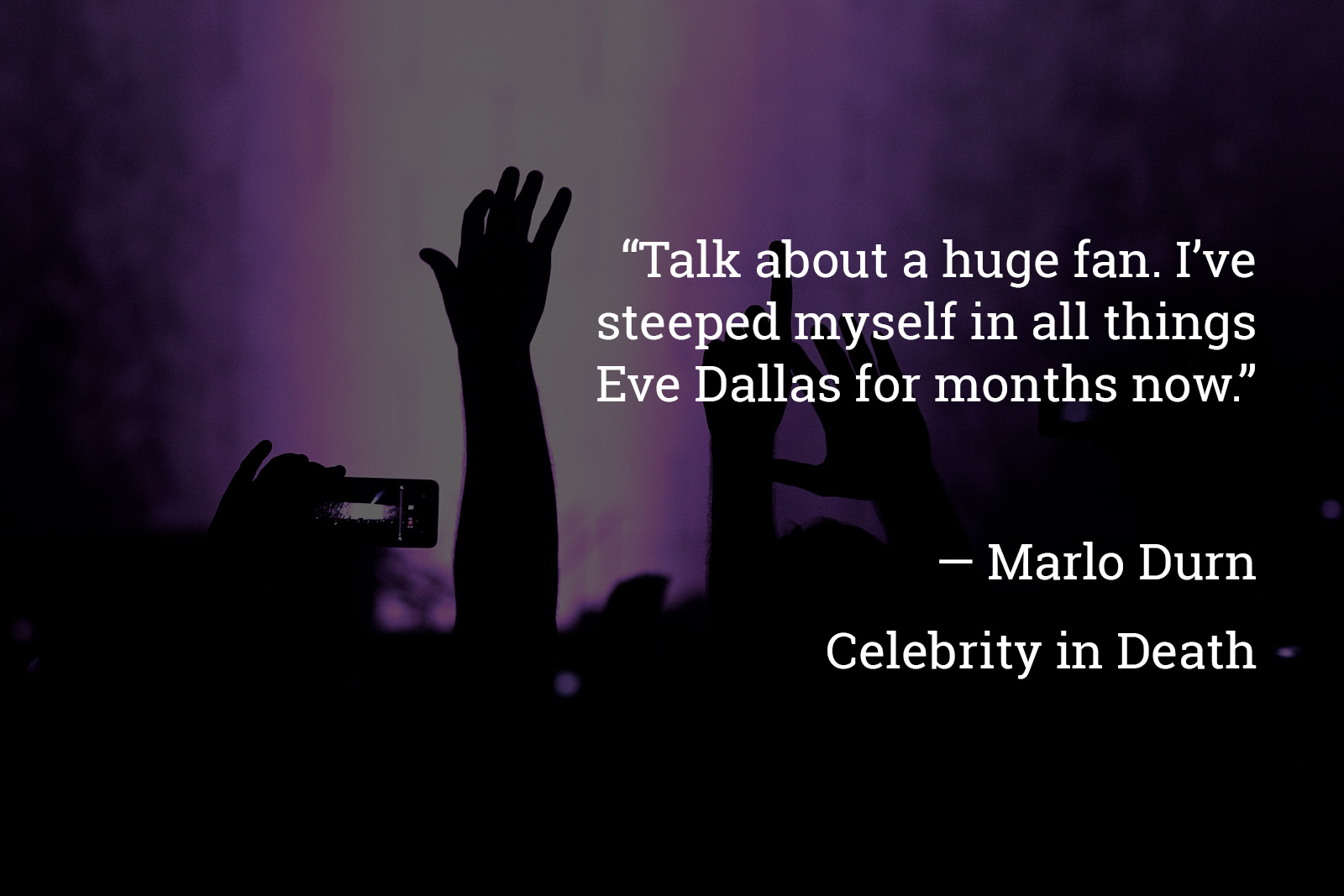 Hey Everyone! This week, we’re bringing you the second of three “Podcast in Death Outtakes” Episodes!

If you listen to this show for any length of time, you know that we are all HUGE fangirls, whether it is for this particular series, or other fandoms, and we fangirl a LOT on this show. So, this episode, you will hear all the times we fangirled, but all of it got cut out.

First, a discussion of bad Fancasting picks (FYI, just because the book series is 25 years old, doesn’t mean the characters have aged 25 years, so it doesn’t make sense to cast someone in their forties for Peabody), bad fandoms (fighting among fandoms is typical and full of crazy people.) and bad fan fiction (please don’t write fan fic with sexual encounters between Roarke and other male characters from the “In Death” series…).

During the Fancasting episode, AJ told a story of going to a ComiCon a few years ago and going to see the “Riverdale” panel with some friends. It was slightly weird that they were fangirling over Cole Sprouse, but, some good photos came out of that ComiCon… 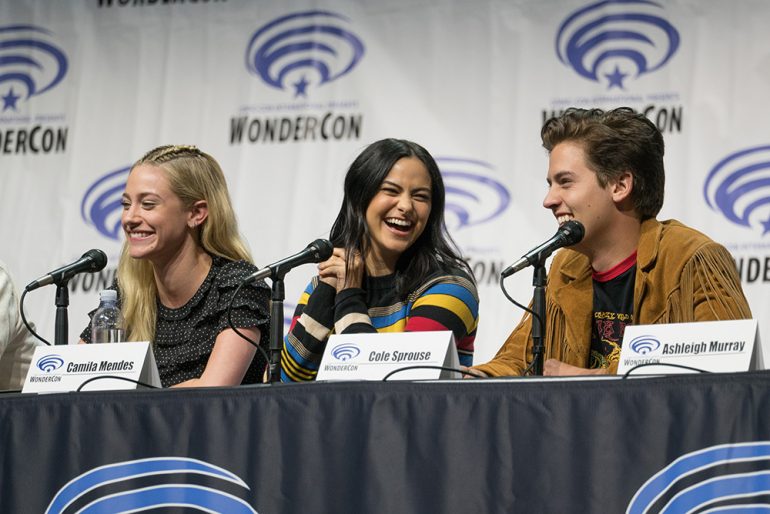 Next we talk about comfort reads. AJ reads mostly romance novels because they are her comfort reads. We all feel like you should read what you enjoy, no matter what it is. Taking book suggestions from other people is fine, but don’t feel obligated to read them if you aren’t enjoying it. Jen and Tara discuss “Hunger Games,” and how Jen enjoyed the books, but Tara had mixed feelings about them.

Next we talk about how awful some men in fandoms are. Just a hint to guys in fandoms: women don’t need their fandoms “mansplained” to them. If a woman directly asks you a question or asks for your opinion, please do answer, but if you are not directly asked for your opinion, please try to say as little as possible. We say this fully knowing that AJ has a problem keeping her own opinions to herself, so…

AJ gives everyone an internet “pro tip” about the Wayback Machine from Archive.org. You can use this tool to find archives of just about any website that has ever been on the internet. AJ demonstrates this by showing Jen and Tara an archive of her now defunct website for Dougray Scott.

Next we talk about how, just like Peabody, where she thinks about how she would really like to be very into the kind of stuff Charles is into, but she is not, we are also not into stuff like opera or concerts in the park.

Then we talk about going to concerts and Jen talks about how she has seen Harry Connick Jr. in concert 8 times. Tara has seen “Hard Days Night,” a Beatles tribute band group 6 times, and she actually snuck out of her own Jr. Banquet to see “Rain,” another Beatles tribute band. The only band that AJ has seen that many times is a little known celtic rock band called “Brother.”

We end the episode with a little fangirling over Susan Ericksen. 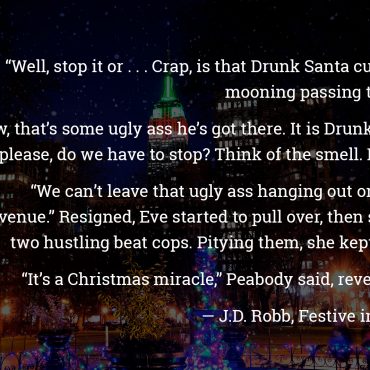 Podcast in Death Outtakes, Episode One

Happy New Year, Everyone! Hey Everyone! This week, we’re bringing you the first of three “Podcast in Death Outtakes” Episodes! As you all know, we tend to talk […]