A Very Podcast in Death Christmas 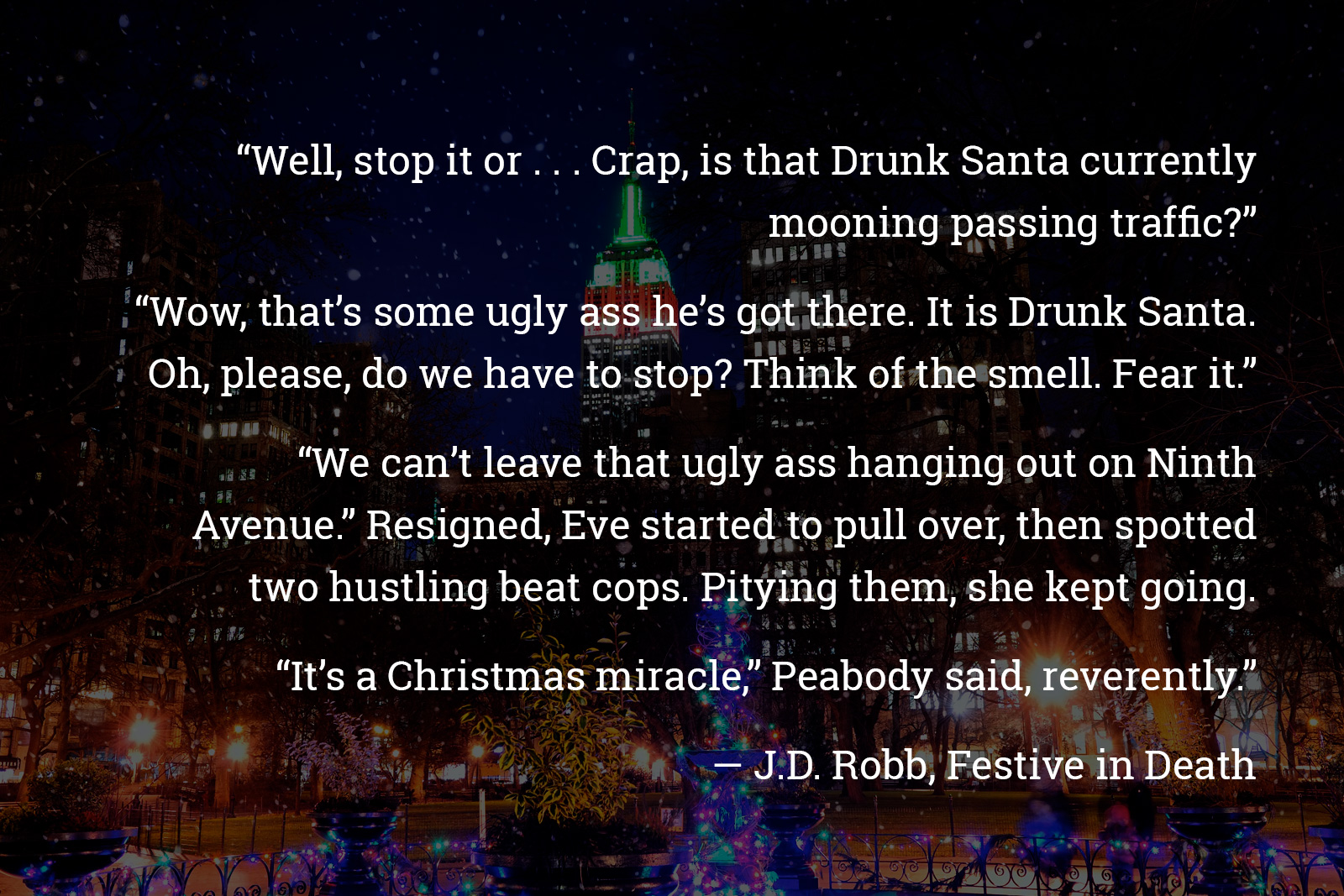 Happy Holidays, Everyone! We hope you are having a great holiday season so far! Since this episode is being released on Christmas Day, we thought: what better topic to cover on Christmas than GIFTS!!

We talk about giving and receiving gifts, both personally and in the “In Death” series. There have been a lot of gifts given in this series. Roarke gives Eve gifts all the time, and he’s good at that. Eve is not great at it, but she’s getting better.

To keep this concise, we decided to all write down our 5 favorite gifts that have been given in the series, and they are:

The Sherriff’s badge that Peabody Gives to Eve in “Midnight.”

The photo that Eve gives to Roarke of herself from her Academy days in “Memory.”

Painting that Eve gives to Roarke of them standing at the alter at their wedding in “Reunion.”

The Goddess statue that Phoebe Peabody gave to Eve

The DLE Urban SUV that Roarke gives to Eve in “Promises.”

The “Universe According to Roarke” video game that Eve has Feeney make for  Roarke.

The plaque that Feeney gives to Eve and Roarke with replicas of their medals that they got for solving the “Red Horse” Case.

The pink boots that Roarke gives to Peabody.

The toy gun that Peabody and McNab bought for Eve at a toy convention in “Fantasy.”

The Magic Coat first given to Eve in “Celebrity” and then to Roarke in “Festive.”

The personalized perfume that Eve gives to Mira in “Holiday.”

The handmade sweaters that Peabody made for Eve and Roarke.

The cake that Eve got from Ariel in “Salvation” that looks like a scale model of New York City. 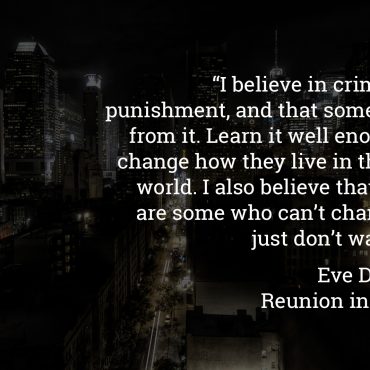 This week’s episode is kind of a two-parter! The first part we recorded in October, meaning to play it while we were on our holiday vacation. But, a few topics […]