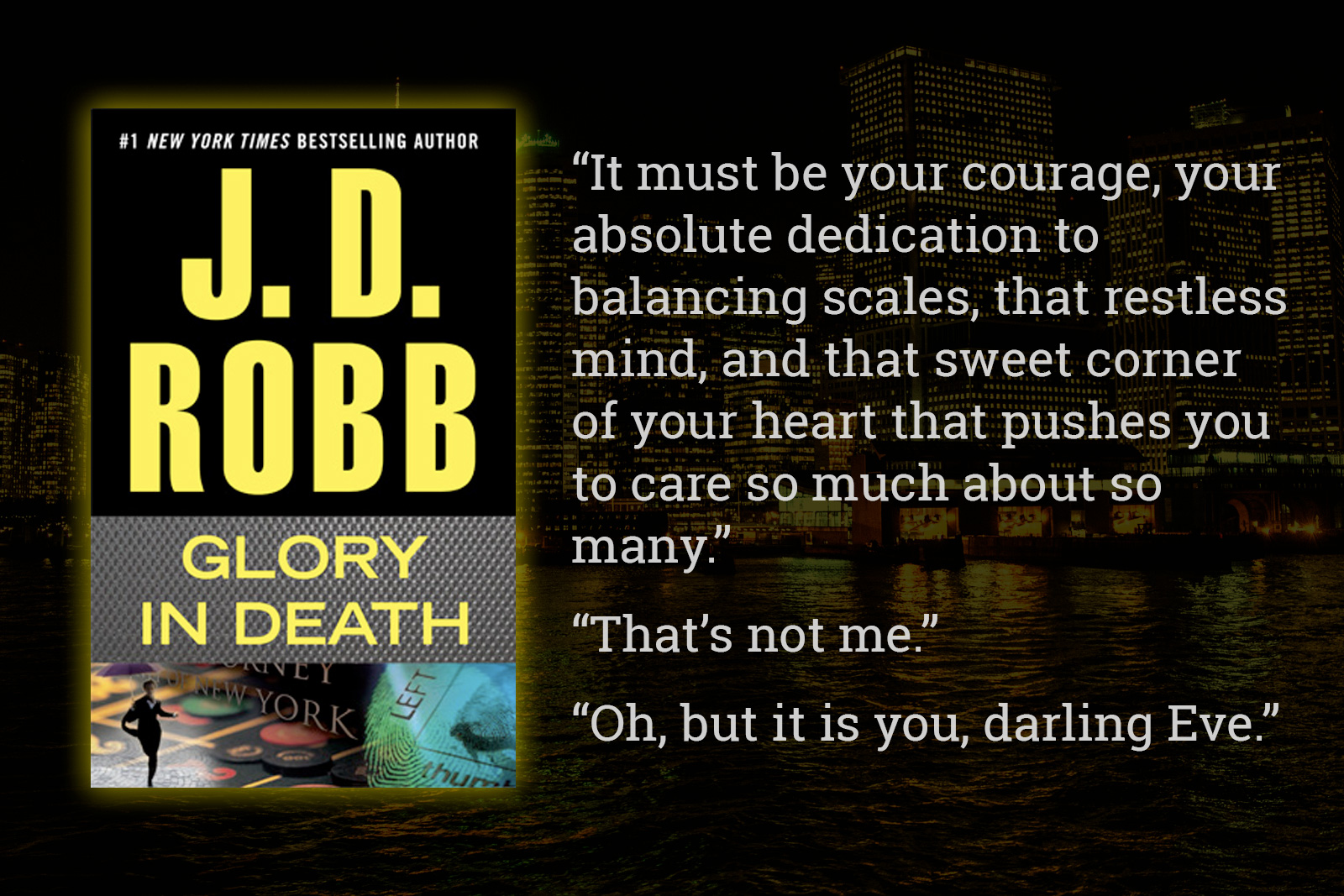 Podcast in Death
Book #2: Glory in Death by J.D. Robb

The book opens with Eve at a crime scene where Cicely Towers, a prominent prosecuting attorney has been murdered. It’s a sticky case because besides the fact that Eve and most everyone in the NYPSD knows Towers, and also because she’s a personal friend of Commander Whitney and a business associate of Roarke’s.

At the end of her long investigating day, Eve opts for a bath at Roarke’s, and really…he’s the man who has everything, even bathroom tiles that open up to reveal hidden features like a wine bar and a sound system! It’s a bit over the top, but we love it!

Next day, Roarke needs to go on a business trip to Australia and gets a little miffed that Eve doesn’t want to stay at his mansion while he is away.

One of our favorite characters, Crack from the Down and Dirty Club makes his first appearance! There is a missing umbrella at the Towers crime scene, and we contemplate who in the world matches their umbrella to their outfit!

After partying with Mavis at a club called Armageddon, Eve goes back to her apartment to sleep, only to be awakened by Roarke in the best way possible. Next morning, Roarke is up early at Eve’s apartment, and is still miffed that Eve did not stay at his Mansion. Then, he gifts her with The Giant’s Tear, a gigantic diamond, and Eve refuses to take it. This is the last straw for Roarke, and he tells her he “wants all or nothing” and walks out on her.

We talk a little about The Button. Is it brought up too much? Not enough?

The next murder happens and it’s Yvonne Metcalf, a former lover of Roarke’s. Eve gets heated and jealous and storms over to Roarke’s mansion and one of the best scenes of the series happens when Eve and Roarke get back together.

We talk about Roarke giving Eve her own office in his house where he took everything of value from Eve’s apartment and moves it to her new office. Rebecca thinks that would be aggravating, but it’s a very Roarke move, and Eve appreciates it.

Later on, Roarke takes Eve to Mexico and though the fact that they have sex is not a surprise, what IS a surprise to us and Roarke is that his security cameras were on the whole time and caught the whole thing. Roarke’s embarrassed, and Eve can’t help but tease him about it by threatening to play the tape.

Back in New York, we meet the very efficient Peabody for the first time! Then Peabody becomes essential in solving the case!

We decide Summerset is a dick at Roarke’s dinner party when Eve gets a call and races off, but Summerset didn’t inform Roarke. Still, we think it’s super cute that Summerset develops a sort of crush on Mavis.

We briefly discuss the inconsistencies in the series.

Once Roarke finds out that Eve went after the killer, he goes after her, punches out the killer. As Eve and Roarke are walking away from the scene, Roarke decides it’s the perfect time to ask Eve to marry him.

We take listener comments, Jen answers a question about Eve’s “Super Car,” (the DLE Urban is given to Eve by Roarke in “Promises in Death.”) and we throw out another trivia question. Next week: Special guest Judy Kentrus! 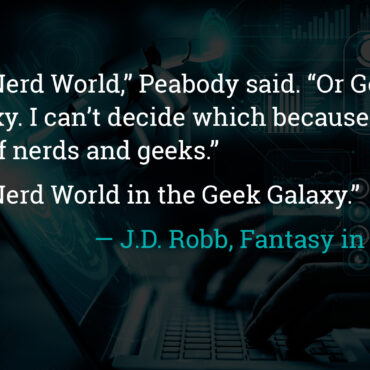 Podcast in Death
Technology in Death