The Mullet of Chapters – Book #51: Shadows in Death 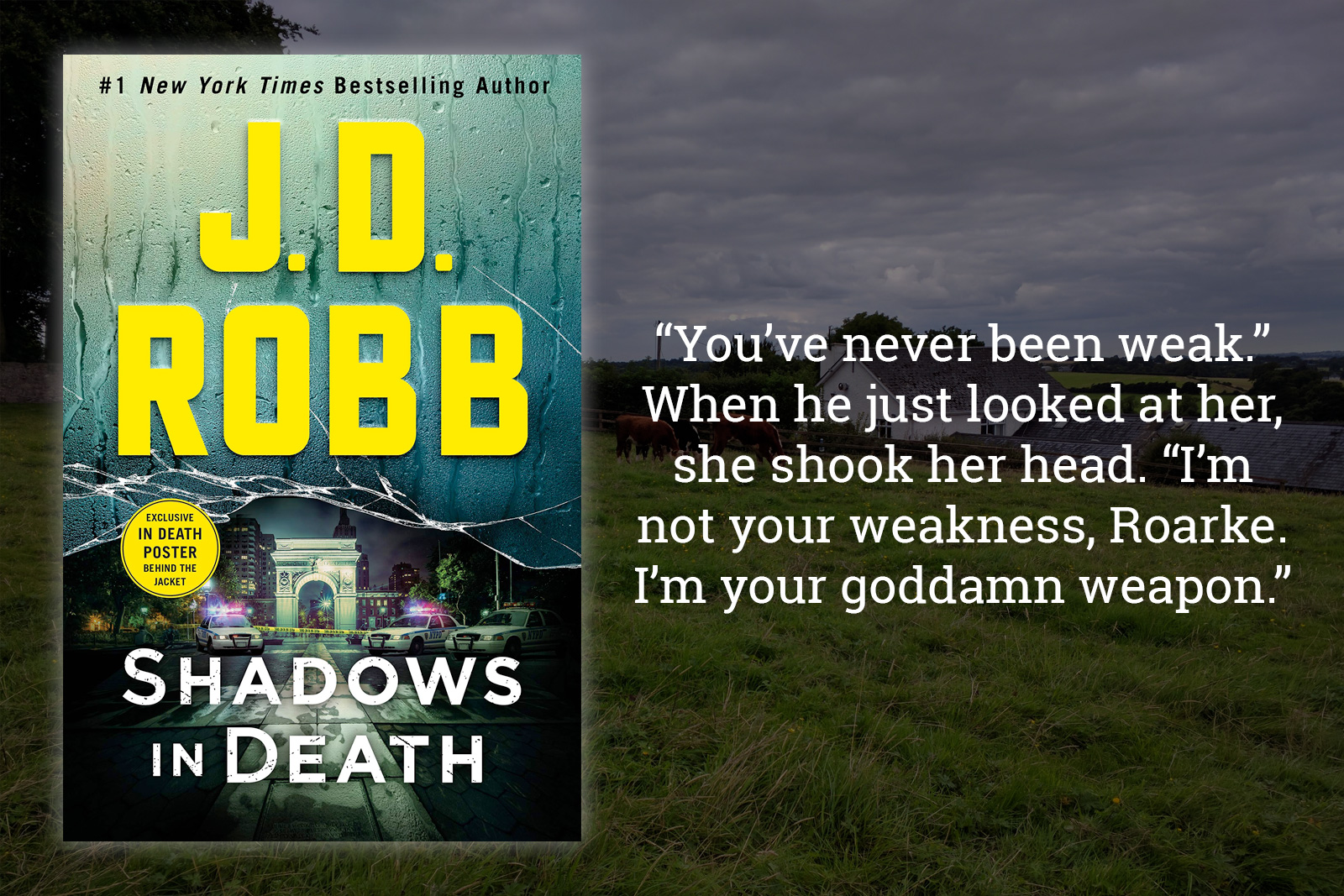 Podcast in Death
The Mullet of Chapters - Book #51: Shadows in Death

We are reviewing the latest book this week: Book #51: Shadows in Death! We have been looking forward to this book for a long time, and it did not disappoint!

AJ thinks that this book might be her new favorite, Jen says that this is at least in her top 5 or 10 and Tara liked it, but didn’t love it. Also Two Words: Chapter Twenty-One. It is NUTS, and we love it!

First of all, AJ is in California, and wants to apologize to everyone for all the smoke!

This book is very much a straight procedural, but there is so much going on with this investigation, we were exhausted about halfway through. Jen is very proud of Summerset in this book because, according to her, Summerset didn’t have one single dick moment. She’s also more than a little appalled that Nora had the bad guy kill a cat. You just don’t do that, man.

The main bad guy in this book is identified by Roarke as a “bloody shadow from his past,” a man named Lorcan Cobb. Apparently, Cobb believes he is Patrick Roarke’s first born son, and has plagued Roarke his whole life, and Roarke and Eve pretty much figure out from the get go that Cobb is in New York to kill Roarke. Cobb is a real psycho, and not a good guy, and to top it all off, he was born in September of 2020. 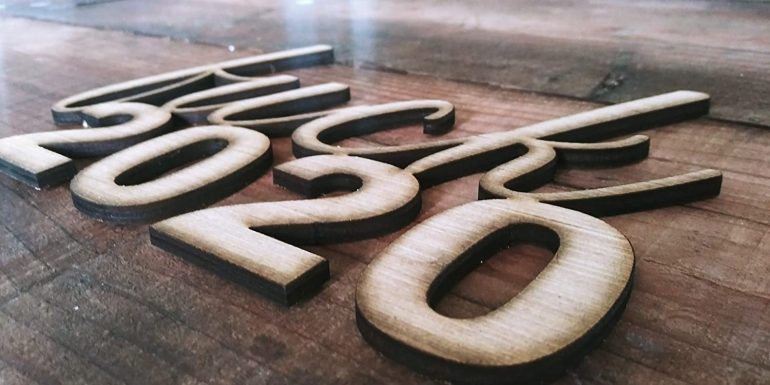 We like seeing the evolution of Summerset and Eve’s relationship. As a matter of fact, Eve, Roarke and Summerset all three do a lot of growing in this book.

We feel like Lorcan Cobb is standing in for Patrick Roarke in this book, giving Roarke someone to beat the crap out of, because Patrick Roarke can’t be there.

There is a bit of a role reversal between Roarke and Eve in this book. Roarke has a nightmare and is the one who is needing Eve to tend to him. Also, Eve thinks about how worried she is for him when he leaves her to go to the office, and wonders if that’s how Roarke feels every day she goes in to cop central. (Yes, it is).

Touching scenes at An Dídean, and with Mr and Mrs Mira. AJ starts to tear up at one point, but that could be the wine. Or the smoke from the fires.

We talk about how it’s possible that Nora could be winding the series down. Some things in this book feel like tying up loose ends.

We also have a whole conversation about Susan Ericksen, even though AJ’s daughter told her not to talk about that. But we hope Susan Ericksen will forgive us.

Lastly… Chapter 21. Seriously. It’s absolutely insane and absurd, but we love it. It is the mullet of chapters: it’s business in the front, but party in the back! 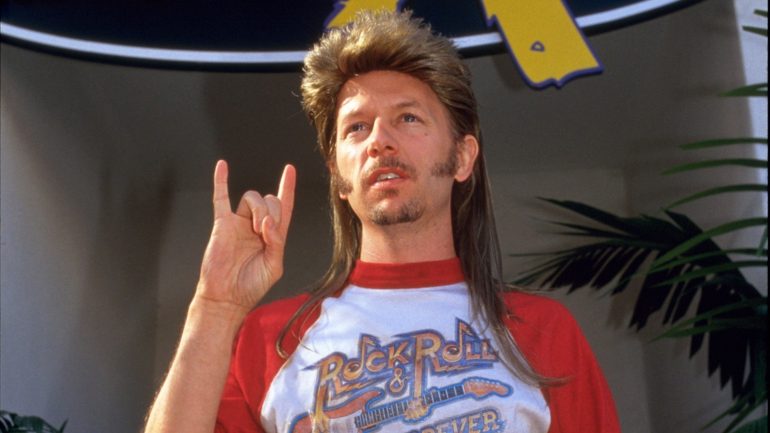 We hope you all have as much fun listening to this episode as we did recording it! 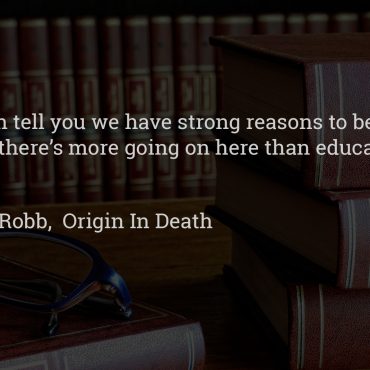 Podcast in Death
Wiki in Death

Howdy, Everyone! In this episode, we take a look at the “In Death Wiki” that is now available on Fandom.com. For those of you who don’t know what a Wiki […]