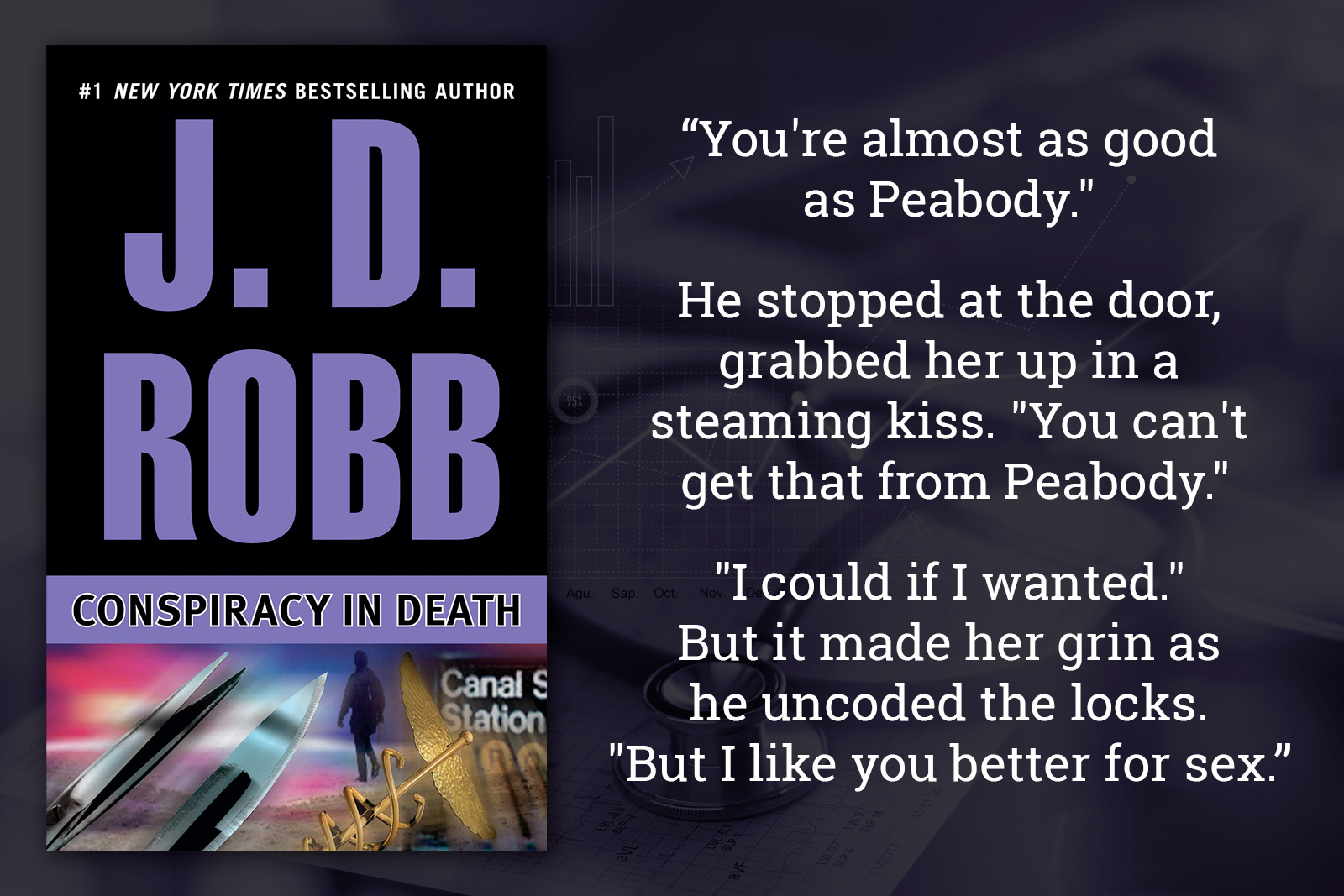 Podcast in Death
Book #8: Conspiracy in Death by J.D. Robb

This week, we review Conspiracy in Death, a book that pretty much shows up in just about everyone’s Top 5 or Top 10 from the whole series. There is just so much great stuff in this book, Highs and Lows and lots of angst but also lots of humor, and some of our favorite banters…just a fantastic book.

This is a book about “Power.” Acquiring power, taking power away, who has power and who does not.

A few characters that we all now love and are now important members of this series are introduced in this book: Troy Trueheart, Louise Dimatto and Don Webster. All fan favorites. Baxter makes his second appearance, and has an important role in this book, but also in future books. Plus, Nora is starting to establish Eve’s bullpen, and we see a bit more of Baxter in this book. We love Baxter, but we feel sorry for him in this book because Roarke takes his anger out on Baxter and slugs him, when Baxter is just trying to do his job.

We talk about how Ellen Bowers is “The Worst” and dislikes Eve for no apparent reason. She files a complaint against Eve for using inappropriate and abusive language, which we are all shocked at, because, as we know from reviews of “Shadows in Death,” Eve has never used inappropriate language this early on in the series.

Eve is going through a LOT in this book, so we see a lot more of “Jokey Roarke” who uses humor to try and tease Eve out of her mood. When that doesn’t work, he uses tough love by suggesting maybe they could start a family and Eve could get pregnant. This approach DOES work.

There is a LOT of sex in this book also. More than usual?

Jen thinks Eve needs to “chill the fuck out” about Roarke being involved in so many companies, and boards and properties, and also that Roarke continues to give her money. 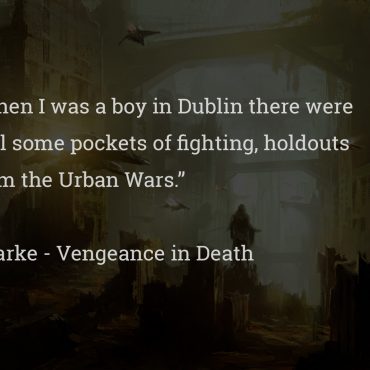 We Discuss the Urban Wars!

Podcast in Death
We Discuss the Urban Wars!

We talk in this episode about some of the details that we know about the Urban Wars, and why things may have happened as they did. We also talk about […]