“That’s Bullshit, But Okay…” – We Review “Remember When” 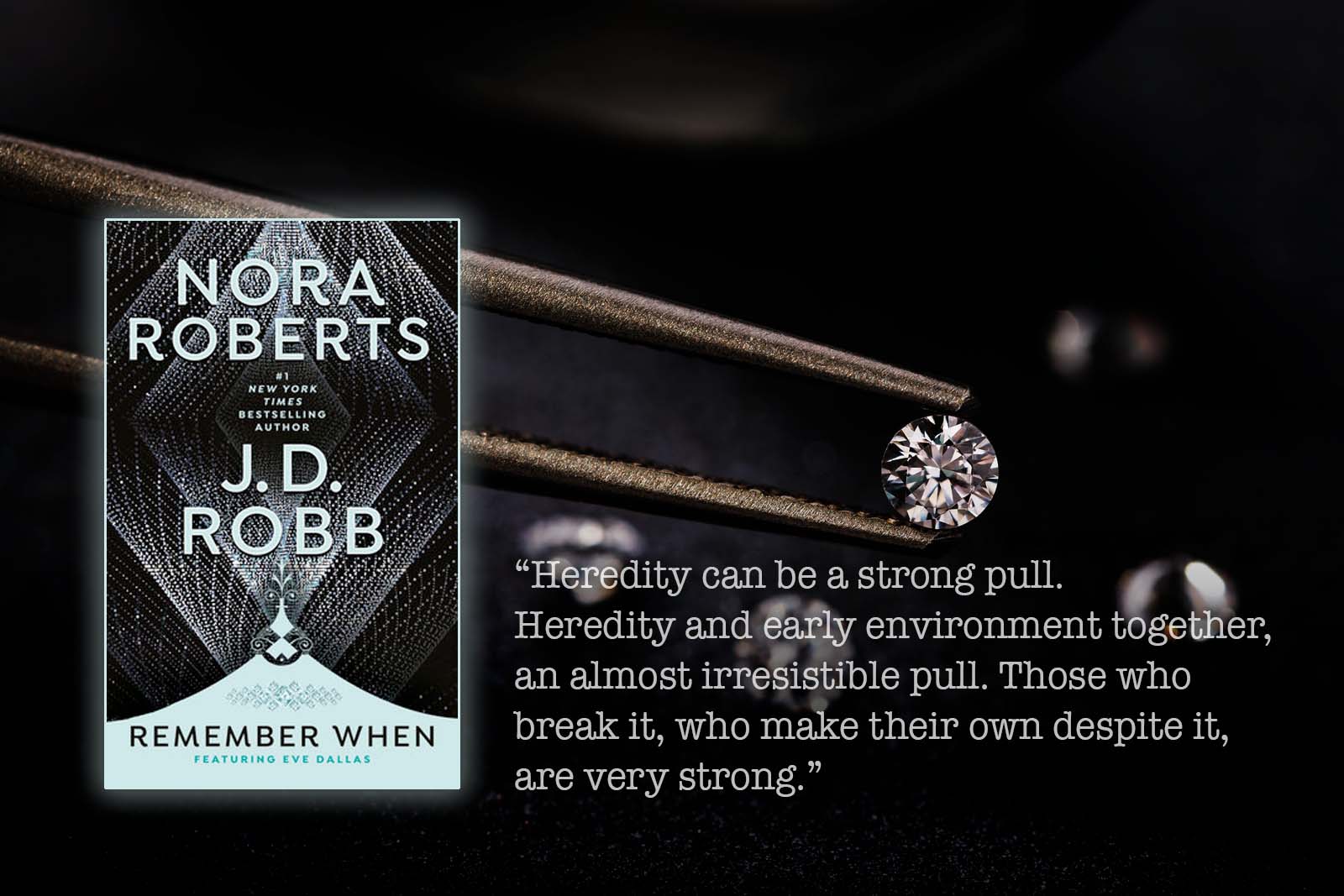 Podcast in Death
"That's Bullshit, But Okay..." - We Review "Remember When"

In this episode, we review “Remember When.” As we’ve said before, this books was meant to be a “cross pollinator” for Nora Roberts fans to possibly bring them to the Dark Side of J.D. Robb.
The book is split into two sections…the first being the Nora Roberts story, and the second being the J.D. Robb Story. Later, these would be broken up into two paperbacks: “Hot Rocks” and “Big Jack.” This was a huge controversy at the time because people ended up buying the paperbacks thinking they were new, but they were not.
Anyway…
The story starts out with Laine Tavish who is the daughter of a con man and thief, “Big” Jack O’Hara. She’s made a new life for herself with a new name and now owns an antique store. Her father’s old partner, Willy, walks into the store and says he needs to speak with her immediately. Laine does not recognize him. He leaves his phone number and leaves, then immediately gets hit by a car. Laine runs out to help Willy, and then realizes who he is. Willy tells her to “Hide the pooch.” Then he dies.
Later, an insurance investigator, Max Gannon comes to town. He has been following Willy because Willy and Jack O’Hara have pulled off a diamond heist, and Max is working to get the diamonds back. He and Laine become involved (after less than a day) and then work together to recover the diamonds.
We all generally love this story. It moves pretty quickly for a typical Nora romance, but we’re here for it. We absolutely love all the characters, especially Laine’s best friend Jenny and her husband, Chief of Police Vince Berger.
The second part of the story is 50 years in the future. Laine and Max’s granddaughter, Samantha Gannon, has written a book all about the story of her grandparents and the diamonds. She comes home after a book tour, and finds that her friend, Andrea who was housesitting for her, is dead in her home. Eve is called in to investigate that murder.
Pretty quickly, Eve decides that the murder has something to do with the stolen diamonds, since a portion of the diamonds were never recovered.
This part of the story shows Peabody as a brand-new detective searching for her personal style which Eve is really baffled by. Summerset is still on vacation, so Eve and Roarke decide to have sex on the stairs. They also have sex later while Feeney is in the mansion, and we have the hilarious scene that we all love where Feeney asks Eve where she’s been, then quickly realizes what Eve and Roarke had been doing, and both he and Eve are mortified.
There’s a very nice Epilogue after Eve solves the case where we see Laine and Max again as old people, and that gives us some amount of closure.
ALSO: during our “Podcast Business” section, we review a 2 Star review that we got for our podcast! 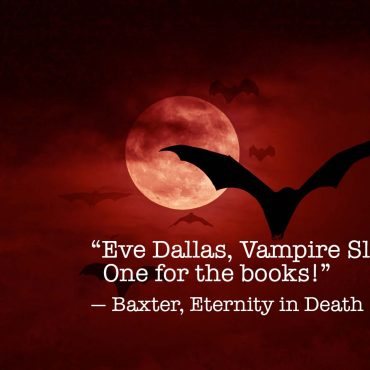 Podcast in Death
"As Long as They Don't Have Tattoos, It's Fine." – Halloween Show 2021

Happy Halloween, Everyone! In this episode, in honor of Halloween, we’re talking about some of the Scary/Spooky moments in the “In Death” series. Thank you to Yvonne, Book Dragon, Tara, […]